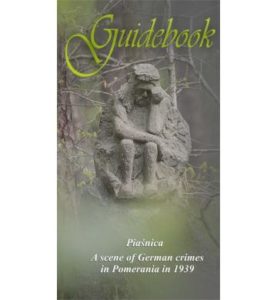 Piaśnica. A scene of German crimes in Pomerania in 1939

The massacres in the Piaśnica Forest were one of the first previously planned experiments aimed at finding the best method of extermination of large groups of people who deserved to be killed according to the Germans. After the termination of the warfare, on the grounds of earlier prepared proscription lists, during the operation called Intelligenzaktion and the Operation Tannenberd, mass arrests of the members od Polish leadership class took place.